A marine biologist is focused on researching species that are marine or saltwater in nature. Many marine biologists deal with marine animals such as fish and whales, while others research marine plant life and microscopic organisms’ behaviors and ecosystems.

A marine biologist’s job varies not only in the types of species being studied but also in the manner in which research is done. Many work in the field of observation and conservation, while others work in research labs, and many work in both environments.

Marine biologists’ work can concentrate on marine ecology, conservation, and the understanding of marine organisms’ evolution, behavior, and physiology.

A marine biologist’s job varies not only in the types of species being studied but also in the manner in which research is done. Photo credits to: https://jobdescriptionshub.com/marine-biologist/.

Training to Become a Marine Biologist

In addition to taking classes in physics, chemistry, calculus, and math, students in biology programs study biochemistry, cell biology, ecology, and evolution. Students in biology can choose elective courses to complement their major routes, and some schools offer courses in marine ecology and zoology, which is the study of the kingdom of animals.

Biology programs have a significant component of the laboratory, so students gain experience working with laboratory instruments and observing procedures for laboratory and study.

Average Salary as a Marine Biologist

According to CareerExplorer, the average salary for a marine biologist in the United States is around $32,159 per year. Wages typically start at around $24,166 and go up to $71,561.

Where to Apply for a Job as a Marine Biologist

The Bureau of Labor Statistics estimates that, between 2012 and 2020, jobs for zoologists and wildlife biologists will rise by 5%, which is faster than the average growth for all occupations.

Although this career requires studying the effects of human activity on marine life and establishing conservation strategies to preserve marine life, recruiting marine biologists is often dependent on budgets from the state and the federal government.

Many people in this profession work for government agencies in state and federal government. Generally, these positions provide more job security and more room for growth. Most work in private laboratories for research or consulting firms. Others work or become faculty members in universities with aquariums, zoos, or museums. Some become teachers of high school science, too.

Job Description as a Marine Biologist

Marine biology is a vast field in which a wide variety of species are studied. There are many academic societies dedicated to bringing together scientists studying specific animals, plants, and micro-organisms. For more science-related careers, click here. 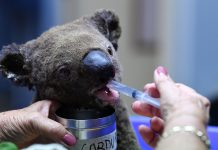 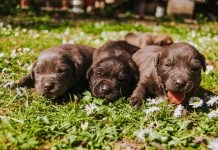 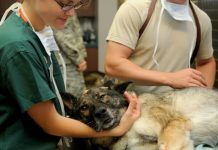 Start A Career As A Veterinary Technician

7 Benefits of a Career Change: How to Make the Leap

Learn Tips to Get a Scholarship and Discover How to Apply

US Food Stamps Program: How Does It Work?

Ben and Jerry’s Careers: How to Work for this Amazing Company

At Careers Rising, our mission is to help job-seekers become more knowledgeable about their prospective career path, whether it be online or offline.
Contact us: contact@careersrising.com
Careers Rising © 2023. All rights reserved.